It's Time for a Dove Hunting Season in New York

Primitive man discovered fire, invented the wheel, the bow and arrow, and domesticated the wolf as a partner. All of this allowed mankind to survive. Hunting is an activity that occurred since time began and hunting with a dog is a bond and a boon as old as hunting itself. People who hunt today gleam satisfaction from skills that have been an inherent part of human culture before recorded history.

Hunting co-evolved with the needs and cultures of mankind. As skills in animal husbandry and agriculture were acquired, dependence on hunting for subsistence decreased in most North American cultures. The industrial revolution in the mid-19th century led to unsustainable market hunting and the distinctly different sport hunting. The sport hunters hunted under self-imposed sporting conditions and successfully lobbied to redirect funds acquired from an existing excise tax on firearms and ammunition to fund wildlife restoration. The self-imposed ethics are now law across North America and sport hunters continue to fund wildlife restoration.

Hunting generates 61 billion dollars each year to the US economy. In addition, hunters fund approximately 200 million dollars’ worth of wildlife restoration each year. These restoration efforts include keeping water clean with 2,200 sewerage pump-out stations, reintroduction of species, research, wildlife population surveys, and the preservation of habitat.

The mourning dove’s enormous contribution to hunting was made graphic in surveys conducted by Winchester prior to 1961. These surveys showed that the harvest of mourning doves exceeded that of rabbits, previously considered the number-one consumer of ammunition. Today, one million of the nation’s 10.2 million hunters pursue doves, dove hunting is the eighth most popular form of hunting, and the mourning dove remains the most harvested game species and number-one consumer of ammunition. According to the latest National Survey of Wildlife-Related Recreation, a joint effort between the US Fish and Wildlife Service and the US Department of Commerce; upland bird hunters spend on average $1,451 per hunter, each year.

NY Dove Hunting conducted a random survey in 2015 which showed if a dove hunting season was instated in NY 31% of the respondents would buy a shotgun and 74% indicated they would buy dove hunting –related gear other than shotguns and ammunition.

The mourning dove is fully compatible with man and his modern environment; they have adapted and prospered from the human alteration of the North American continent and are more abundant and widely distributed now than they were historically and in pre-Colombian time. The US Fish and Wildlife Service has overall oversight of state management efforts through the authority of the Migratory Bird Treaty Act. Under this management, doves remain one of the most common and widely distributed birds in the United States, which indicates the existing conservation strategy (which allows hunting doves) is sound.

Over 2 million mourning doves have been banded since 1903 and over 90,000 bands have been recovered. Subsequent analyses have yielded excellent information on the migration routes of doves from virtually every breeding area (i.e. northern states such as New York). The winter range of doves is considered to be south of the thirty-ninth parallel, a line that extends from Washington DC through Kansas and Carson City, Nevada. All southern states hunt doves, as do Pennsylvania, Ohio, Rhode Island, and the Canadian provinces of Ontario and Quebec. Most of New York’s doves winter in North and South Carolina, where dove hunting is extremely popular. Thus, New York’s mourning doves have already been subject to hunting for some time.

Hunting Seasons are characterized in three ways: Management Hunts, Trophy Hunts, and Recreational Harvest. In New York, the recreational harvest of shrimp, blue-clawed crabs, oysters, mussels, clams, and scallops is legal. These marine animals contain little meat and can be store-bought.  However, some people enjoy harvesting them recreationally for use as food. Mourning dove hunting is also a recreational harvest. New York Environmental Conservation Law 11-0303 states that the New York State Department of Environmental Conservation (DEC) is to develop and carry out programs with due consideration of the importance of fish and wildlife resource for recreational purposes. In addition, the Migratory Bird Treaty Act recognizes sport hunting as a legitimate use of a migratory bird resource. Clearly the spirit and intent of these laws do not in any way suggest that in order to be justified hunting but function as a culling or management tool. Nevertheless, wildlife agencies are increasingly less able and willing to validate the recreational aspect of hunting. This has led to a belief that hunting is only justified when it serves a clear management purpose. That belief in turn has fostered the fallacy that characterizes recreational hunting as wanton was and indiscriminate slaughter of wildlife.

Although mourning doves are a convenient centerpiece for anti-hunters, none of their premises would stand up under scrutiny. The New York Department of Environmental Conservation’s legal mandate recognizes harvest as a desirable use of fish and wildlife resources for public benefit and there is no biological or conservation reason to deny New York sportsmen a dove hunting season. 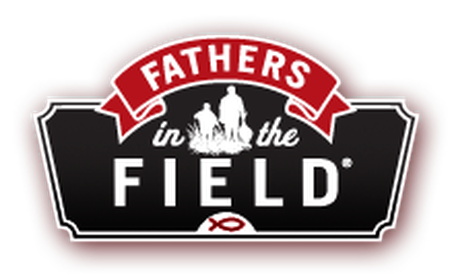 Fathers in the Field