In 2011, Fred Neff gathered 45 letters of support for dove hunting from sportsmen's organizations. Below is a list, compiled by Neff, of those organizations. If you would like to read the actual letters they are found on pages 58 through 101 of this link: http://nydovehunting.weebly.com/fred-neffs-compilation.html.

Note: If your club is NOT on this list, you need to talk to the club officers, express your interest and ask that they write a letter in support of dove hunting. If your club is on the list, keep in mind this was 2011, so it is important to let your club know that the interest in dove hunting is alive and growing, and that they should continue to support establishing a dove hunting season. 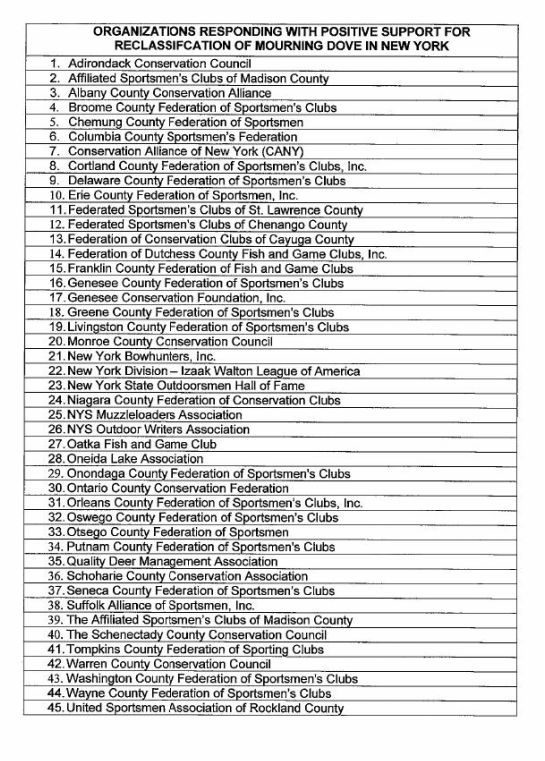 "If sportsmen show enough unified strength about the mourning dove issue, we will do our best to support the effort"  ~NYS DEC 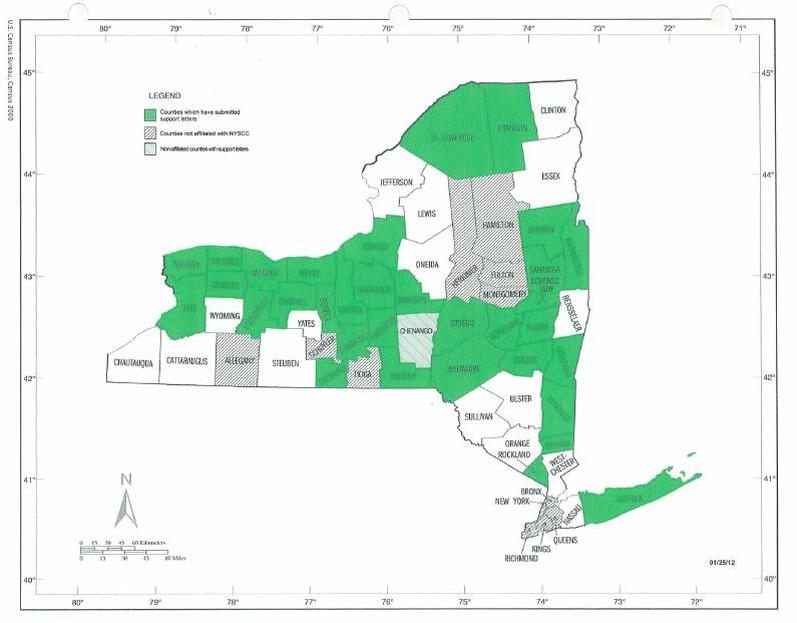