Introduction:
The premises addressed in this report makes up the ​Humane Society of the United State's pheasant narrative which can be found at this link: "Fact Sheet- New York Pheasant Stocking"  http://www.humanesociety.org/assets/pdfs/hunting/ny-pheasant-stocking-fact-sheet.pdf

This narrative was also used as testimony in New York in support of closing the state's pheasant farm in 2008/09. This testimony given by Patrick Kwan; HSUS's New York State Director, and Casey Pheiffer; manager of the Wildlife Abuse Campaign and deputy campaign manager on hunting issues for HSUS. (both pictured below) The testimony given can be read at this link: http://nydovehunting.weebly.com/state-pheasant-programs-are-under-constant-threat.html 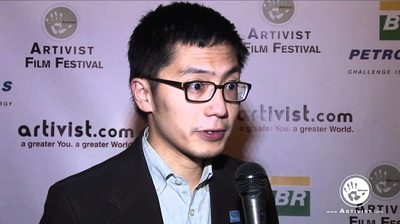 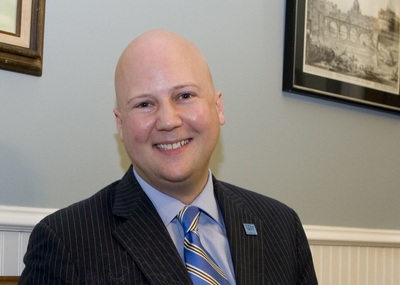 Humane Society of the United States, Paragraph 1:
“These grassland birds are native to China and history has shown that pheasants cannot survive in New York’s woodland habitat. Instead of accepting the failure of forcing an exotic species to naturalize, wildlife managers favor the interests of a handful of hunters wishing to kill exotic animals over programs protecting native wildlife.”

NY Dove Hunting’s Response:
The woodland ecotone which dominates NY is the result of anthropogenic activities which have altered the landscape.
As a result of these Human-induced changes, many native species which require grassland habitats are threatened or extirpated from their historical range.
Compared to woodlands, grassland ecotones support greater biodiversity including providing pollinator habitat. Additionally this ecotone performs more ecological services such as carbon sequestration, ground water recharge, flood control, soil conservation. In order to protect native wildlife and biodiversity, the DEC must maintain a mixture of ecotones.
The decline in pheasant populations is mirrored in every native species which also thrive in grasslands. The statement: “wildlife managers favor the interests of a handful of hunters wishing to kill exotic animals over programs protecting native wildlife.” is misleading and inaccurate.

Humane Society of the United States, paragraph 3:
"At this facility, the pheasant chicks progress through an inhumane rearing process composed of incubators, boxes and pens. Artificial light, feed and temperature must be tightly controlled to prevent massive bird dieoffs."

NY Dove Hunting’s Response:
The DEC flight pens are of a size comparable to a small farm and allow pheasant to fly at a height and distance typical under natural conditions. A brood of young pheasants or grouse for that matter, may not wander very far before fall dispersal, so the penning conditions mimic nature. Even stocking mimics fall dispersal of the young of year. Additionally, vegetation characteristic of pheasant habitat is maintained inside flight pens. All of these practices together very closely mimic nature, including mortality during fall dispersal.


Humane Society of the United States, paragraph 5:
"Because they are pen-raised, stocked pheasants often lack the skills necessary to fend for themselves. Studies consistently show that the pheasants who survive the initial shooting gauntlet usually succumb to harsh weather, starvation or predators."

The Ruffed Grouse Society: “from 1000 ruffed grouse chicks hatched in late spring, about 400 normally survive to early autumn, 180 survive to the following nesting season, 80 are alive a year later, 36 live to breed a 3rd time, 16 may breed a 4th time. One out of 2200 chicks hatched may live as long as 8 years.”

Humane Society of the United States, paragraph 6:
"The DEC admits in its ten-year pheasant management plan that "adult pheasant stocking is strictly for hunting recreation and is not intended to increase wild pheasant populations."

NY Dove Hunting’s Response:
Section 11-0303 of New York’s Environmental Conservation Law directs the New York State Department of Environmental Conservation (NYSDEC) to develop and carry out programs that promote the maintenance of desirable species in ecological balance, with due consideration of ecological factors, the importance of fish and wildlife resources for recreational purposes, and public safety.

Additionally, the Department list the following goals of the Bureau of Wildlife:

Goal 1. Ensure that populations of all wildlife in New York are of the appropriate size to meet all the demands placed on them.
Goal 2. Ensure that we meet the public desire for: information about wildlife and its conservation, use, and enjoyment; understanding the relationships among wildlife, humans, and the environment; and clearly listening to what the public tell us.
Goal 3. Ensure that we provide sustainable uses of New York’s wildlife for an informed public.
Goal 4. Minimize the damage and nuisance caused by wildlife and wildlife uses.
Goal 5. Foster and maintain an organization that efficiently achieves our goals.

While maintaining pheasant hunting opportunities is not addressing overpopulation, nuisance, public safety, or disease, providing regulated pheasant hunting opportunities is consistent with the NYSDEC Bureau of Wildlife’s stated mission “To provide the people of New York the opportunity to enjoy all the benefits of the wildlife of the State, now and in the future;” and does address the recreation stipulation in Section 11-0303 of New York’s Environmental Conservation Law.

Humane Society of the United States, paragraph 6:
"Hunting ethics demand that animals be given a reasonable chance to escape the gun. Yet to keep the birds from dying before shooters have a chance to kill them, New York releases pheasants just prior to the start of the hunt and continues stocking throughout the season. The agency also provides hunters with the exact location and time of bird releases, leading shooters to sometimes wait in parking lots for the arrival of trucks bearing pheasants."

NY Dove Hunting’s Response:
The DEC has the capacity to raise a certain number of birds. To stock every bird at the same time or so far in advance the known mortalities would replace harvest, are absurd notions.
Although certain regulations exist to produce fair-chase hunting, hunting ethics are moral decisions which are not necessarily regulated by law.
Furthermore, the characterization of this topic is exaggerated because even under the scenario described, most pheasant elude hunters. This premise is also  misleading because in natural regimes there are always less fit individuals which are taken more readily by predators as well as hunters. ​