(Including the DEC Pheasant Stocking Program) 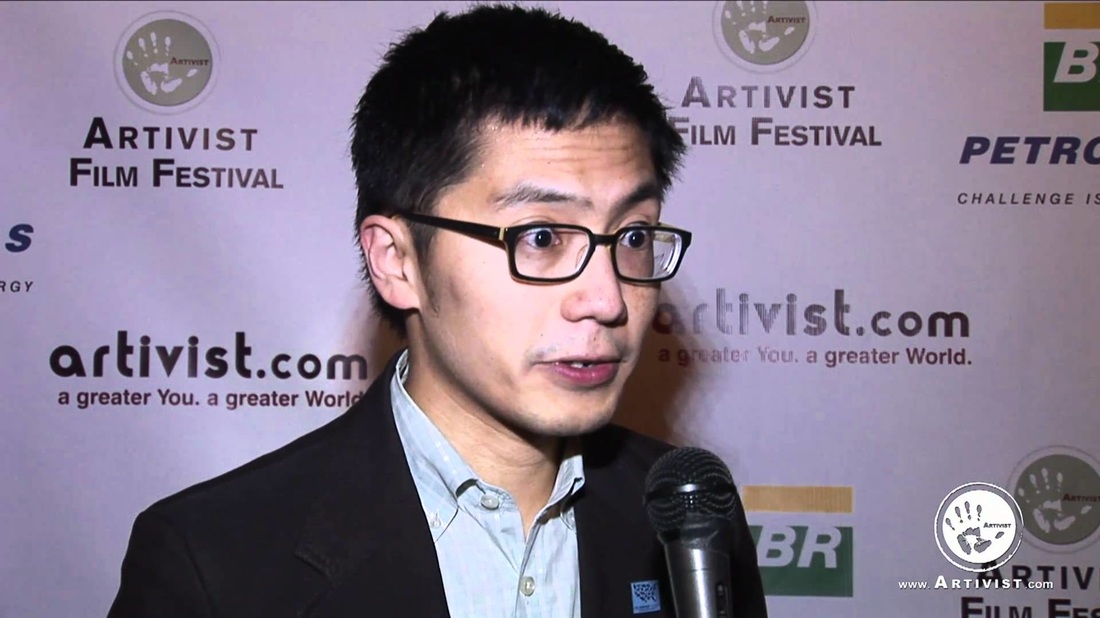 Casey Pheiffer is the manager of the Wildlife Abuse Campaign and deputy campaign manager on hunting issues for HSUS. In 2009, she testified in front of the Senate Committee on Environment and Agriculture to ban dove hunting in Rhode Island.
​
She wrote a report on pheasant hunting for HSUS in 2007.​

Letter from the Humane Society's Casey Pheiffer and Patrick Kwan to NYS DEC :

Download File
Each fall, some state wildlife agencies dump hundreds of thousands of non-native pheasants into the landscape for shooters. The pheasants are raised in barns and have no survival skills. If not shot, predators, exposure to the elements, or starvation kills the birds.
Pheasant stocking is a costly and cruel practice with no place in sound wildlife management.
Stocked birds grow up in a series of boxes and pens. Keepers sometimes cut off their beaks or put plastic "blinders" through their nose holes to prevent the crowded, stressed pheasants from pecking each other.
At some release sites, shooters wait in parking lots for trucks bringing crates of birds, or line up just before stocking to take the first shot.
Releasing pheasants from a truck at an announced date and time violates the fair chase principle that animals must have a reasonable chance to escape.

​
2009 Statement of  The Humane Society of the US to the NY DEC:
​Authored by Patrick Kwan and Casey Pheiffer (see bios above)
November 16, 2009
NY Pheasant Stocking
Humane Groups Oppose Proposed 10-Year Extension of Cruel, Wasteful Pheasant Program
The Humane Society of the United States
This week, The Humane Society of the United States, Humane Society of New York, New York League of Humane Voters and New York State Humane Association submitted comments to the New York Department of Environmental Conservation opposing the continuation of pheasant stocking. In the wake of Gov. David Paterson's proposal to close the Richard E. Reynolds Game Farm that produces 100,000 pheasants annually, the DEC is proposing a draft plan to extend its wasteful and inhumane pheasant stocking program for the next decade.
In past years, the DEC spent $750,000 annually to release pheasants on public land for shooters. These farm-reared birds have limited survival skills and represent a nonnative species. Studies consistently show that if shooters do not kill the animals immediately, the birds succumb to harsh weather, get eaten by predators or starve.
"These birds are literally sitting ducks for waiting shooters," said The HSUS' New York state director Patrick Kwan. "The DEC should not be in the business of raising animals in incubators to be shot and calling it wildlife management. Traditional hunting demands that animals be given a reasonable chance to escape, not thrown from the back of a truck at an announced time and date."
The draft Ten-Year Management Plan for Ring-Necked Pheasants in New York calls for the annual stocking of 30,000 adults and distribution of 60,000 chicks to clubs in a cooperative rearing program.
One commendable aspect of the proposal calls for the ending of the Young Adult Pheasant Release program. This program included the annual release of 30,000 young birds during the summer. Overwhelmingly, these birds succumbed to predators or the elements and did not even survive to the fall shooting season.
Background:
Ring-necked pheasants are native to Asia and cannot find the habitat in New York to naturalize and reproduce; consequently, the DEC hand-rears birds for shooters. The farm raising process produces tamer birds unable to survive in the wild.
To make sure that shooters, instead of coyotes, kill the exotic birds, the animals are stocked just prior to and throughout hunting season, creating an unethical hunting situation.
Pheasant stocking panders to a shrinking constituency. According to the U.S. Fish and Wildlife Service, New York small game hunters declined by 36 percent from 1996 to 2006. According to informal DEC surveys, pheasant hunters number less than 50,000. Wildlife watchers, those who enjoy New York's wildlife by hiking or bird watching, numbered more than 3.5 million in 2006 and continue to increase.
After handing out chicks for rearing and release onto public land, the state does not conduct follow-up inspections of facilities to ensure that animals are treated humanely or that environmental conditions do not lead to massive die-offs.
The HSUS works to stop wildlife abuse and animal cruelty across the country. Visit humanesociety.org/wildlifeabuse for more information.
The Humane Society of the United States is the nation's largest animal protection organization — backed by 11 million Americans, or one of every 28. For more than a half-century, The HSUS has been fighting for the protection of all animals through advocacy, education and hands-on programs. Celebrating animals and confronting cruelty — On the web at humanesociety.org


The Pheasant Subsidy in New York

Image omitted
Pheasant stocking farm in NJ
Unbeknownst to most New Yorkers, the state has been carrying on an expensive British tradition of hunting flashy Chinese birds. For nearly a century New York state has been raising and releasing pheasants on the Richard E. Reynolds Game Farm near Ithaca. Each year the state produces about 100,000 live birds (95,309 in 2009). Only 19 states still stock pheasants, which costs $10-$12 per adult bird, says Casey Pheiffer, an HSUS wildlife abuse expert.
Budget-conscious governors have been trying to kill off the program for decades. Only 3% of New Yorkers hunt while 23% like to watch wildlife.  Gov. David Patterson tried to cut it 2008, noting it could save the state up to $750,000. The first Gov. Cuomo tried to get rid of it in 1991. But the pheasant hunters, backed by the NRA, always win out.

Image omitted
A stocked pheasant in NJ
Hunters argued that they pay for it themselves. They do have a case. Hunting and fishing permits go to the Conservation Fund and federal taxes on handguns, rifles and ammunition go through the Pittman-Robertson Fund to support conservation. But the DEC budget and each of these funds’ contributions is terribly opaque.
Funny thing though, they cut a deal with Patterson, who agreed to keep the Reynolds Game Farm open in exchange for raising hunting fees. Which makes it seem like they really weren’t financially pulling their weight before. And now they’re annoyed because even though the state raised hunting fees, it still subjected the DEC to the same cuts as the rest of the state. So, they are paying more and getting less.
But a lot of the arguments over funding are really over what counts as conservation. Since the early 70s Pittman-Robertson has covered a much broader base than hunters, by taxing handguns. Yet, its focus has diverted from conservation to promoting hunting, especially through subsidized hunter education classes. I’ve gone to one of those classes and got a direct, hard pitch to join the NRA from the New York state employee who ran the class.
“That tax was on ammunition and equipment already. It just started going on wildlife,” says Pheiffer. “It’s not like hunters raised their hands and volunteered to pay it.” Americans think of conservation as helping maintain a self-sufficient ecosystem, compensating for human interference. Hunting may be a part of that, especially in areas where other predators have been wiped out. Yet most residents are unaware how much their conservation departments keep adding foreign species to give people something entertaining to hunt. Many species added or encouraged for hunters (Canada geese, white-tailed deer) took over. The pheasants released are usually not savvy enough to survive.
“Wildlife is supposed to have a chance to escape the hunter,” Pheiffer says. “Wildlife managers are raising animals that have the survival skills of broiler chickens.”
The New York State “Conservation” Fund advisory board has been complaining to state lawmakers that it is being misused and spent on things that don’t directly benefit hunters, the Ithaca Journal reports. WNBZ recently worried about  hunters and whether they were getting a fair shake, too.
The angry group wrote a letter to lawmakers:
The members of the CFAB would like to remind you that the hunting, fishing and trapping community in New York State is the only interest group that funds the management of the resources that are important to them. Hunting, fishing and trapping license sales generate approximately $47 million dollars per year and leverage millions more in federal aid as a direct result of the license sale revenue. In addition, hunting, fishing and trapping generates an estimated $3.5 billion to the state economy on a yearly basis, supporting thousands of jobs across New York.
Here we go again. Hunters are always trying to rope fishermen into their game of grievances. The big federal survey everyone quotes says that wildlife watchers in New York generate $1.5 billion in spending–but fishermen make up about two-thirds of that, $928 million. The multiplier,  jobs-created numbers are notoriously squishy. But they still point to wildlife watchers spending about three times as much as hunters. Want a fee for hiking? Wildlife rehabiliation? Birdseed? Fine. We’ll pay it. It would represent a teeny percentage of the money my family pays in taxes to New York state. But then we want to have a say

Now click HERE and see what NY DOVE HUNTING has to say!