﻿Dug up some pics from my first dove hunting foray in 1998.  A friend and I loaded up and headed down towards Reading PA looking for dove.  We were pretty much shut out in three days of hunting, never really got into them for some reason.  Beautiful country and nice landowners but not many dove. We camped a couple nights and spent one night in a motel along Rt 15 so all in all it wasn't a bust.

Camping.........﻿
On the way home my buddy suggested we stop just south of the NY border in Tioga County near where we had been deer hunting for years and snoop around.  I didn't have any hope but figured why not??

We hit 'em pretty good, I got ten that afternoon.  I don't recall what my buddy got but it was a similar bag.  We had my old girl along with us.  She did good after she questioned me on WTH are we hunting these things for?  If I recall correctly, she'd have been 11 years old.


﻿Can you tell by the smile on my face how much fun this stuff is?﻿ 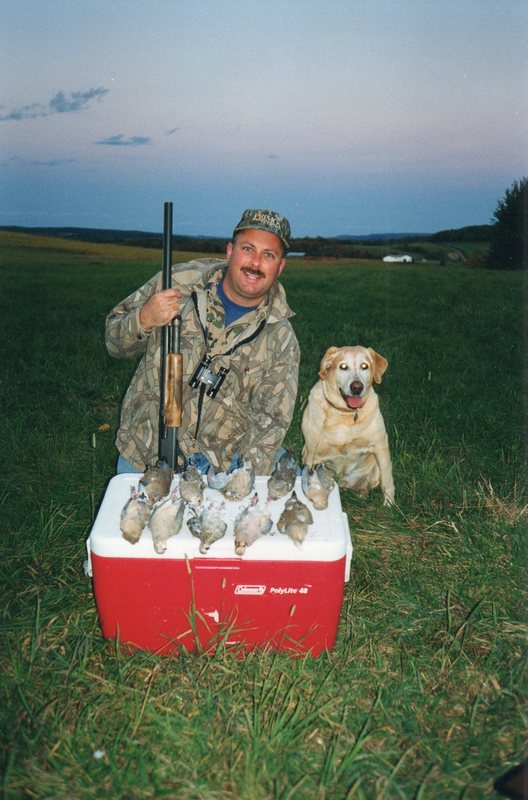 Larry Graser
We hunted about 13 years straight and sometimes we'd make multiple trips down.  My dog started having some issues in 2011 and we haven't gone back since.  I miss it greatly but can't justify doing it without a dog for a few reasons the biggest is the fact that it just isn't fair to the dove (makes perfect sense huh?) in that they are darn near impossible to find under some conditions.  Mother Nature colored them in the most beautiful subdued colors I've ever seen.  Really difficult to spot in some places that seem like it'd be a piece of cake! 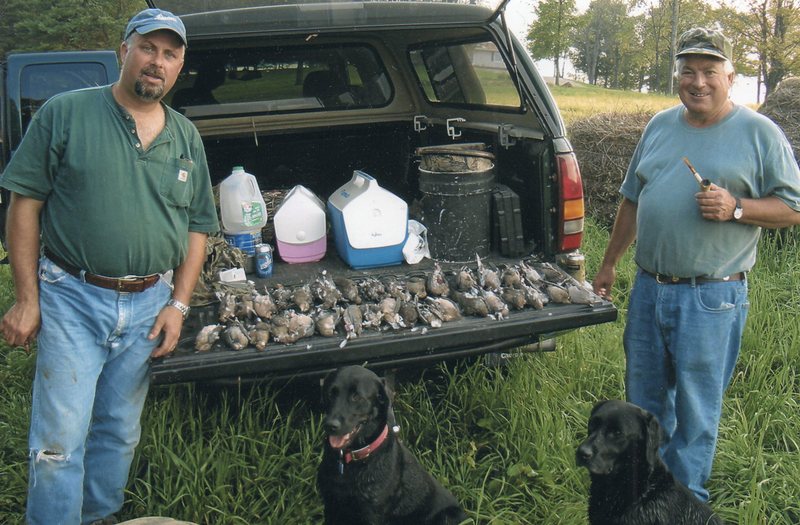 Larry Graser
Jenny is 12 and I don't know if we'll get another after she's gone but one thing I can say it if we pass dove hunting in NYS I guarantee I'll be sporting another lab.  GUARANTEED 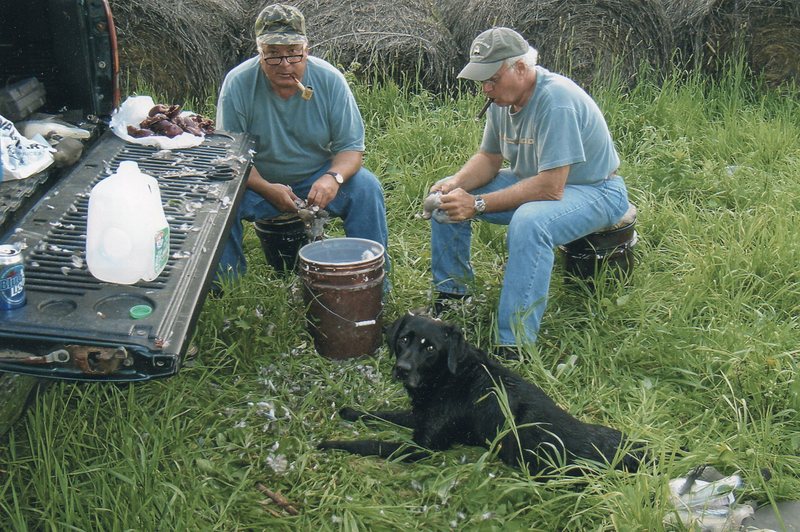 Read about the author