Hunting Opportunity for a Broader Public​
Examples of Benefits to the Broader Public​
(*) see section above regarding pollination
Successes in other states​
​In states with longstanding dove hunting seasons it is both very popular and a significant source of both conservation funds and general economic activity.
Dove hunting is extremely popular in the state of Texas. In addition to the mourning dove, Texas allows hunting for the less widely distributed white-winged dove and implements a white-winged dove hunting stamp as a funding strategy for research.
In Wisconsin, Minnesota, and Iowa which have reinstated dove hunting seasons since as early 2003 and Ontario, Canada, which reinstated dove hunting in 2013, hunter participation ranges between 6,900 and 15,000 hunters in each of these states and the providence of Ontario.
Dove hunting participation should be compared to the number of trappers, falconers, and bear dog trainers, all activities which are legal in NY, rather than with the number of deer hunters. NY allows a trapping season for about 10,300 licensed trappers. NY also offers a special license for a very small number of people to train bear hunting dogs; 40 people have one year licenses and 90 people have five year licenses for a total of 130 bear dog training licenses. NY also issues falconry permits, and there are 250 falconers in NY.
http://nydovehunting.weebly.com/is-lack-of-interest-credible.html
Ohio, Rhode Island, Ontario, and Pennsylvania: 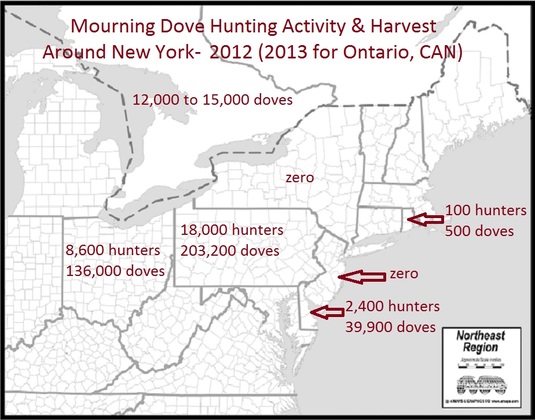 Wisconsin, which re-instated a mourning dove season in 2003 predicted no increase in the number of hunting licenses sold. However, sales of resident and non-resident small game licenses did increase that year. See graph below. 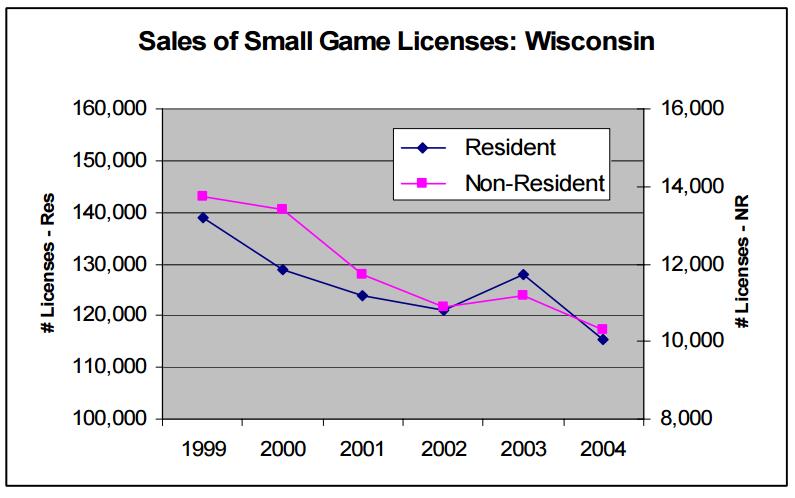 The state of Minnesota re-instated a mourning dove season in 2004, which resulted in an increase in small game license sales. See below. 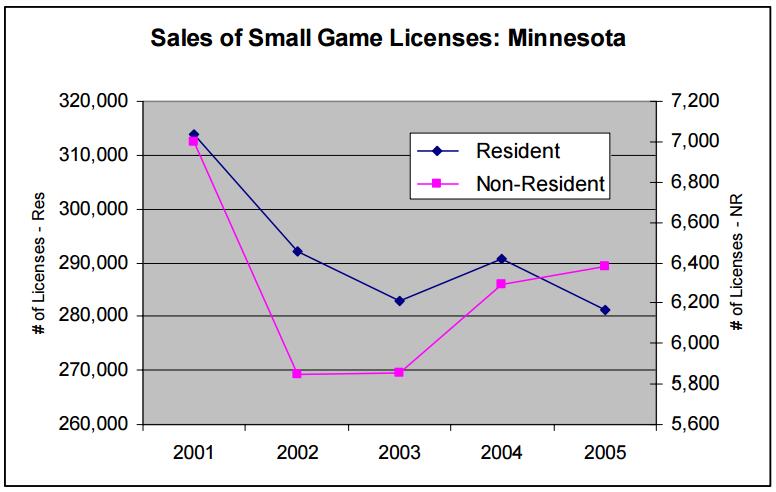 Michigan, like every other state, has experienced a long-term decrease in the sales of hunting licenses. Michigan re-instated its mourning dove hunting season in 2004.  Michigan did not see an increase in small game license sales during the first year it reinstated a dove hunting season. However, 4,981 dove stamps were sold that year.

It should be noted that in 2004 dove hunting was only allowed in 6 of Michigan’s 83 counties. All 6 counties were clustered in the southern part of the state. 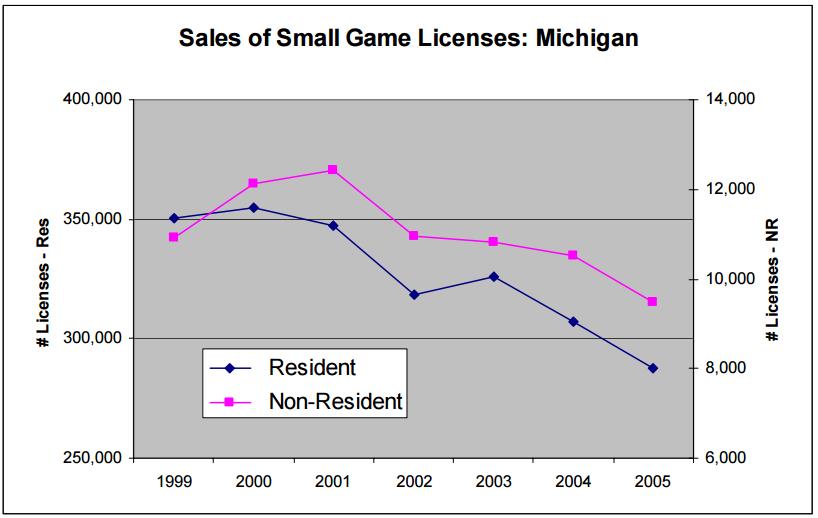 According to the 2004 Mourning Dove Hunting Survey published by the Michigan DNR in February 2005, 4,981 hunters obtained a dove stamp for the 2004 mourning dove season in Michigan. The DNR said that about 69 percent of the active hunters rated their hunting experience as either "very good" or "good."  According to the DNR, an estimated 23 percent of adult dove hunters took a youth hunting with them during the Michigan season.

Addendum 1. Dove Hunting Participation by State, Ascending Order​
Purpose:  We stress, this activity should be compared with the dove hunter numbers in other states and with things like trapping, bear dog training, and falconry in NY, and NOT deer hunting.